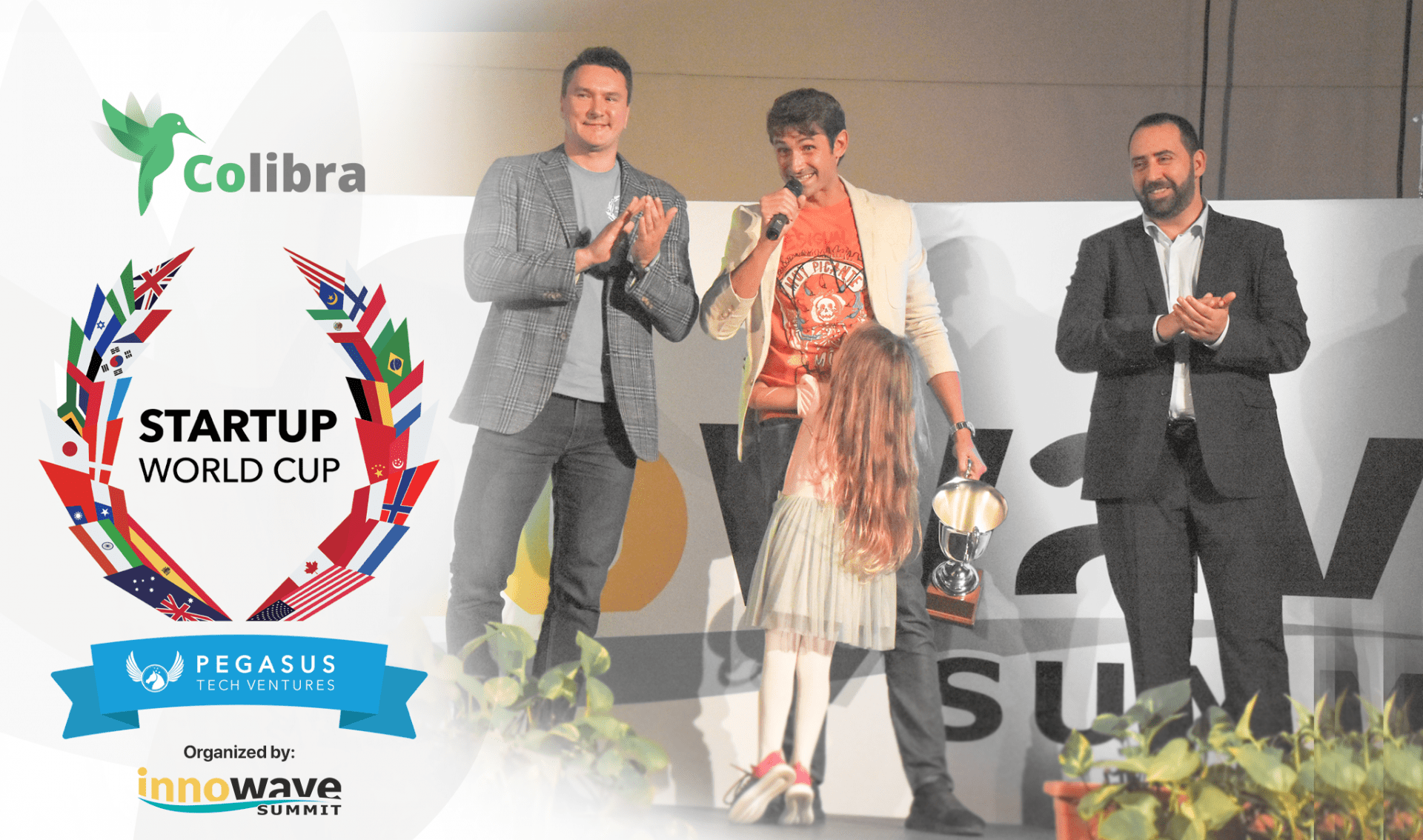 It’s the end of the year, which means exactly twelve months since our team started to build Colibra from scratch. It’s been an awesome year looking back, so we are proud to update you on some great news!

After a couple of intense, hard-working months, we successfully released the Colibra app in June and the results came really fast. So, let’s dive straight into some exciting milestones:

A Victory at the Startup World Cup Regional Finale

Last month, we had the great honor to be recognized by the Startup World Cup Jury as one of the top 20 startups in the world after we’ve won the regional finale held in Bulgaria. What a blast!

Thanks to the Startup World Cup (SWC) Regional award, we will have the opportunity to present Colibra in San Francisco in May 2020, in front of prominent Bay Area investors and people like JB Straubel, Tesla’s former CTO and Yamini Rangan, CCO at Dropbox. The winner in the SWC’s Grande Finale will receive a $1M investment. So, fingers crossed!

Just 6 months after its launch, Colibra is already well accepted by the frequent flyers’ community. Over 31k people from 50+ countries have used our free travel app choosing to receive 100% guaranteed payout within 24 hours after landing for every 1+ hour flight delay or cancellation.

What made this success possible?

Without the support and encouragement of like-minded people and believers, these amazing results would not have been possible. It all started at the end of 2018 with a €250K funding from Eleven Ventures, the early-stage VC fund. “Colibra’s strongest advantage is the combination of a passionate and experienced team, great market opportunity, innovative business model and very strong go-to-market execution,” outlined Vassil Terziev, a partner at Eleven.

“Our main goal for the next few months is to get among the top travel apps in the UK and Germany, which are actually the two markets with most delayed flights in Europe, and help hundreds of thousands of air passengers get compensated for their 1+ hour delays.

Given the fact that we have become the most downloaded mobile app in Bulgaria at the beginning of November and considering that we already have users from 50+ countries who found our app organically, gives us a strong reason to believe that there is a great market demand for Colibra’s service across Europe. We’re currently in the process of finalizing several large partnership contracts, which we believe to play a major role in speeding up our growth.” says Kaloyan Georgiev, CEO at Colibra.

2019 has been a crazy year, to say the least! Looking forward to an inspiring new year full of even more success and fun!