These are the airlines and airports with the most delays and cancellations, our new study reveals 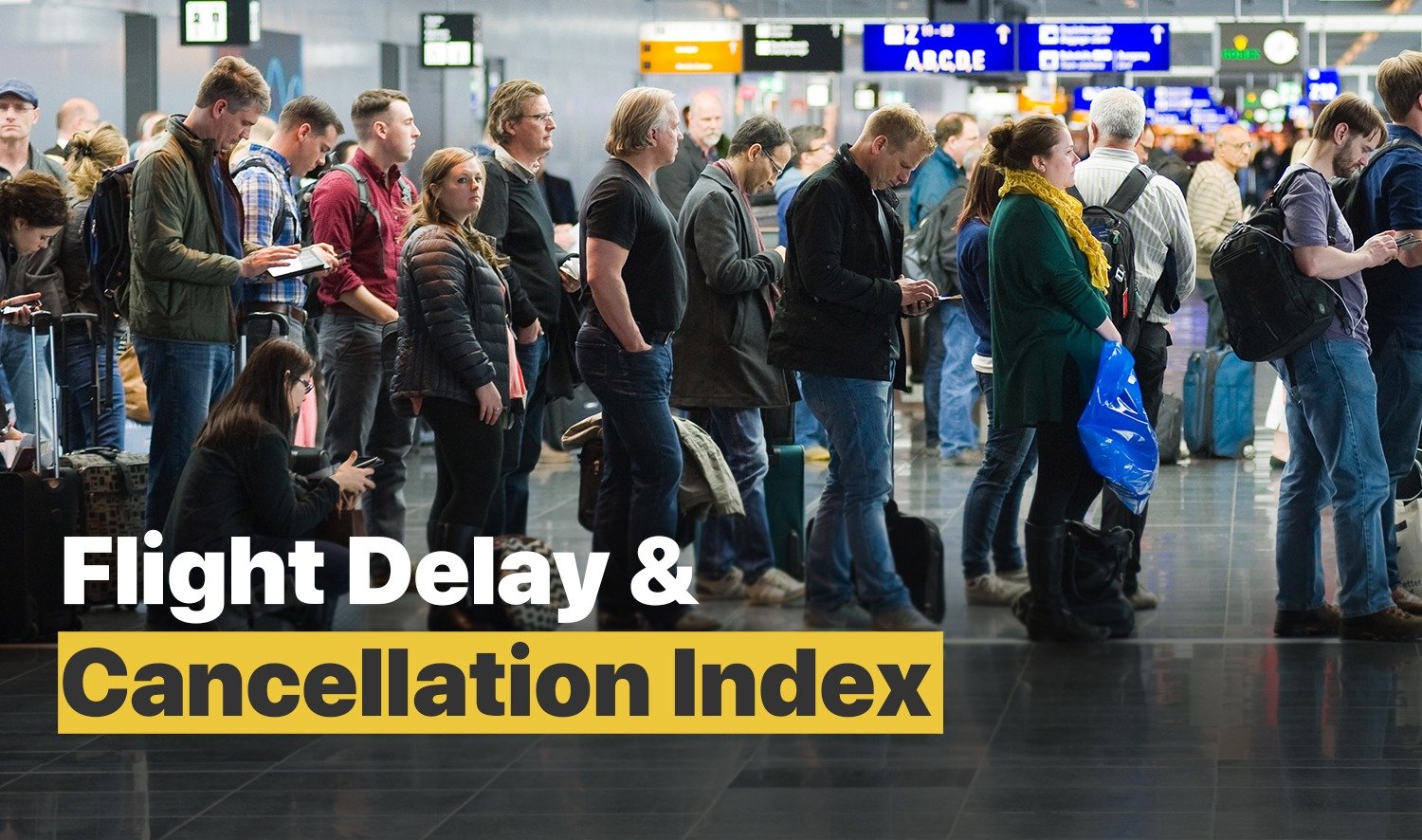 We are delighted to announce the release of our Flight Delay & Cancellation Index, a brand new report analysing the airlines and airports which experience the most flight disruptions.

In the period assessed, 77.21% of flights taking off from Dubai were delayed, while 84.18% of those flying into Gimpo arrived late.

Read on below for the further details and results of the study.

When analysing the airlines with the most cancellations, one airline was found to have a far higher cancellation rate than others. Air Arabia, a UAE-based airline, saw over 90% of their flights cancelled during the period analysed. The rate of cancellation drops considerably from there with China Eastern Airlines having the second-highest cancellation rate at 37.62%.

We examined at which airports passengers are most likely to be delayed setting off, by looking at the % of flights delayed departing from each airport. The airport which saw the most delayed departures is Dubai International Airport, where 77.21% of flights departed late. This is followed by France’s busy Charles de Gaulle with 75.2% of departing flights leaving late, and Germany’s Frankfurt Am Main airport in third place with a delayed departure rate of 72.06%.

To compile our Flight Delay & Cancellation Index we first obtained data for a set of over 100,000 flights over the course of the full month of August 2020. We cut this data down to around 65,000 flights using only those we had all valid data points for i.e. if we did not have detail on whether a flight arrived on time we excluded this flight from the analysis.

With the remaining flights we examined the below factors: