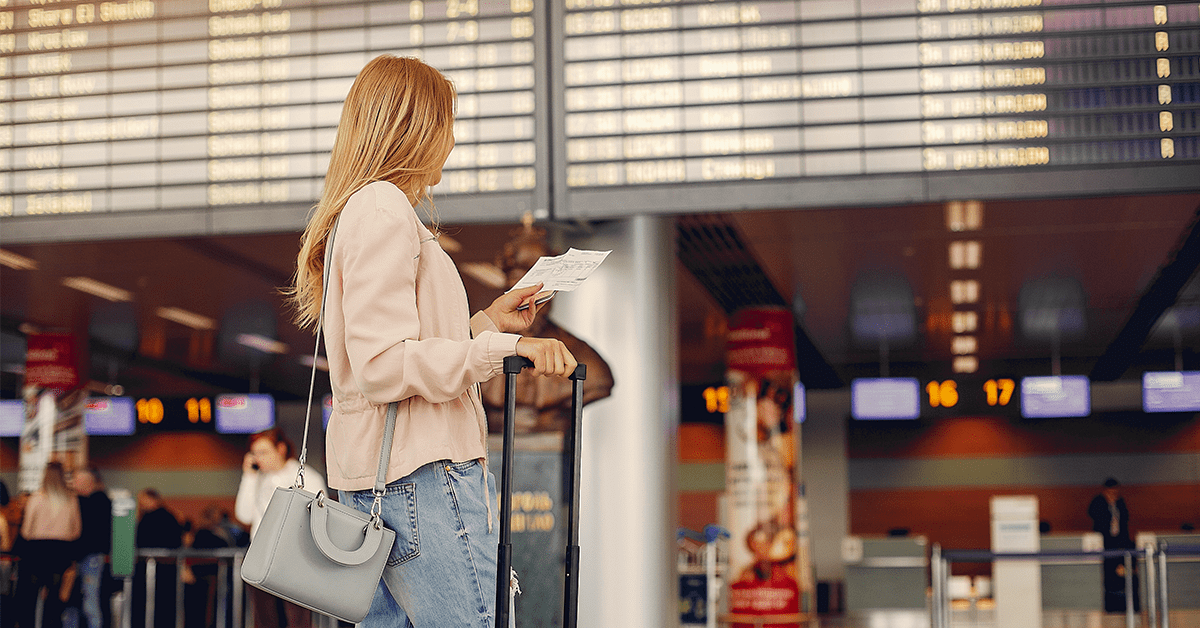 Disclaimer: This text was published in the most visited Bulgarian travel blog TravelSmart.

In the following article, we will share our experience with one of the latest services in the field of flight compensations.

Conventional methods: How have we proceeded so far?

If you are a frequent flyer, you have probably experienced at least several flight delays. Like most of you in these kinds of situations, we have also used the most common compensation options over the years. We have either tried to claim compensation ourselves or, if necessary, we have used the services of the so-called flight compensation brokers (which, if successful, charge a success fee of 25-30%).

In our attempts to claim ourselves we have only managed to receive compensation once. This happened after a flight with the Scandinavian Airlines (SAS) from Stavanger (Norway) to Brussels (Belgium), when we missed our connection to Copenhagen and therefore had to spend the night there. Like most airlines, SAS initially tried to reject our claim by mentioning delay reasons beyond their reach. However, with strong persistence and some carefully prepared emails, we managed to receive compensation.

All other attempts to claim successfully on our own have unfortunately failed. For this reason, we started to look out for professional flight compensation brokers (such as AirHelp), which file the compensation claims on our behalf and go through the entire claim process. If they are successful in the collection, they demand a commission of between 25% and 35%, which is deducted from the compensation amount. With the help of such companies, we have also been successful just once. In most of the cases, our delay was less than 3 hours or the delay reason wasn’t the airline’s fault (or at least according to our representative) – e.g. strikes, bad weather etc.

After over 10 years of travelling and struggling to receive fair compensations, we’ve heard about Colibra and their innovative approach. So we’ve naturally decided to test their service on our trip to Portugal.

To do so, we’ve downloaded the Colibra app (available for iOS and Android), registered the trip and added our boarding passes. The whole process took us only a few minutes. By the way, the app is very practical and even fun to use (try it and you’ll see ?)!

The way Colibra works is a little different from the options known so far.

We had to register our flights by entering our boarding passes before departure in order to receive a fixed and guaranteed compensation if our flight delays at least 60 minutes. However, the user also has the possibility of obtaining greater compensation by increasing the delay time by, for example, 90 minutes. In our case, if we had left the default setting (flight delay of 60+ minutes), Colibra would have paid us 40 EUR if our flight was delayed by 1+ hours. If we had chosen a longer delay time (for example 2 hours or more), we would have received 70 EUR, if it had happened.

Colibra pays the agreed compensation yet on the very next day after the flight. In return, we agree that Colibra may demand compensation from the airline itself if the flight is delayed for more than 3 hours (which actually happens much less often compared to flight delays of more than 1 hour). In other words, if we use this service, we agree that we will receive a lower but guaranteed compensation. This allows Colibra to collect eligible compensations (under the “EU 261 regulation”) from the airline and redistribute them among flyers from the community for their 1-3 hour delays.

What did we do before the flight from Lisbon to Sofia?

For those of you who are interested in betting games, the choice of delay time could be quite interesting. But we have decided to act more practical. Our ticket Lisbon-Sofia cost us 59 EUR per passenger, and that’s why we chose exactly the same insurance level in the app. This means that if our flight gets delayed by at least 1 hour and 43 minutes we will receive exactly the same amount. In this case, our flight would be completely free.

As you can see on the screenshot above, our flight was delayed by 2 hours and 27 minutes. Although we got home late, we were feeling positive and definitely curious about what would happen next.

The very next day, we received an email from Colibra:

In response to the email, we sent our bank account details and thanked them for the quick reply.

A few hours later we got 60 EUR transferred. So, within less than 48 hours after our delayed flight, we already had the compensation we were promised in the Colibra app.

One of EU’s good practices for air travellers is the European regulation that obliges airlines to pay compensation for flight delays of 3 hours or more, cancellations and overbookings (due to their fault). In reality, however, this doesn’t happen that often. If the case is eligible, the claim process tends to take a long time and it’s not always successful. Colibra’s alternative solution is interesting for those who want to receive lower but up to 20 times more frequent payouts. Of course, there are also passengers that would prefer to “fight” for their compensation themselves or those who would hire a flight compensation broker (for flight delays of more than 3 hours) and receive between 65-75% of the compensation amount. The good thing is that there is a solution for everyone.

Have you ever used Colibra? Tell us about your experience in the comments!